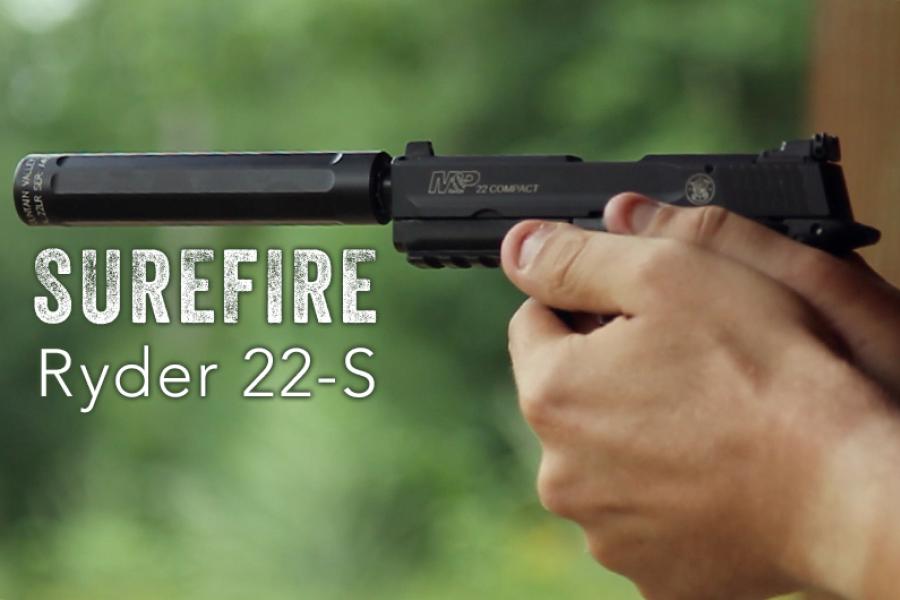 This Surefire can is an awesome setup simply for the fact that the “S” version can handle .22 Magnum. In my eyes, that’s easily the choice to go to because I don’t like having to worry about what I can and cannot do with a suppressor. I have no intentions of running 22mag nor do I even have a firearm to do so. However, with the baffles ready to take the beating I know that I will never have to worry about what ammo I am putting through it and (theoretically) it will last me longer.

I am not as well versed on suppressors as I should be and many of the features the Surefire Ryder 22s has I am told are fairly common, however they still opened my eyes to a whole new world. Things like alignment and disassembly tools mean taking it apart and putting it together is simple as pie. Reassembly of the baffles (internals) is also easy as they are numbered and keyed. It makes it incredibly easy to re-assemble after cleaning. My only grievance with the tools and suppressor itself was the guide rod used to help align the baffles. When everything is good and chunky from the filthy 22 rounds it is a little harder to disassemble. I accidentally sheared that rod off due to the tiny pegs on the disassembly tool slipping off. I would recommend Surefire make them a smidgen longer and not rounded for a more positive lockup of the muzzle and tool.

Which brings me to my next point. 22 cans get dirty, very dirty and very quickly. In 250 rounds we had a little difficulty extracting the internals for an inspection and cleaning. If you are shooting a bolt gun, well you have lots of time between cleanings. But many know it is not hard with a pistol or an semi auto rifle how quickly 250 rounds can go. The longer you go without cleaning that 22 suppressor, the harder disassembly and cleaning will be. Just an FYI, I am told that 250-350 is about the magic number to clean most 22 silencers.

The construction was solid as could be and the anodizing on the can itself was top notch. I know this because I dropped it from the bench at waist height and cringed as the $400 can slammed into the concrete. After a momentary worry, the concrete channels and dust wiped off and she was barely even scratched. Good stuff. Stuff like that matters to me because I am not gentle on equipment for starters, and because if I am teaching my kids to shoot, ideally they will probably be worse at holding, dropping gear than I am. So it’s tough both physically and aesthetically, comes apart easy and includes the tools to do it. Even though I broke that rod, still a breeze to take down and reassemble.

Watch the video to see how it sounds!