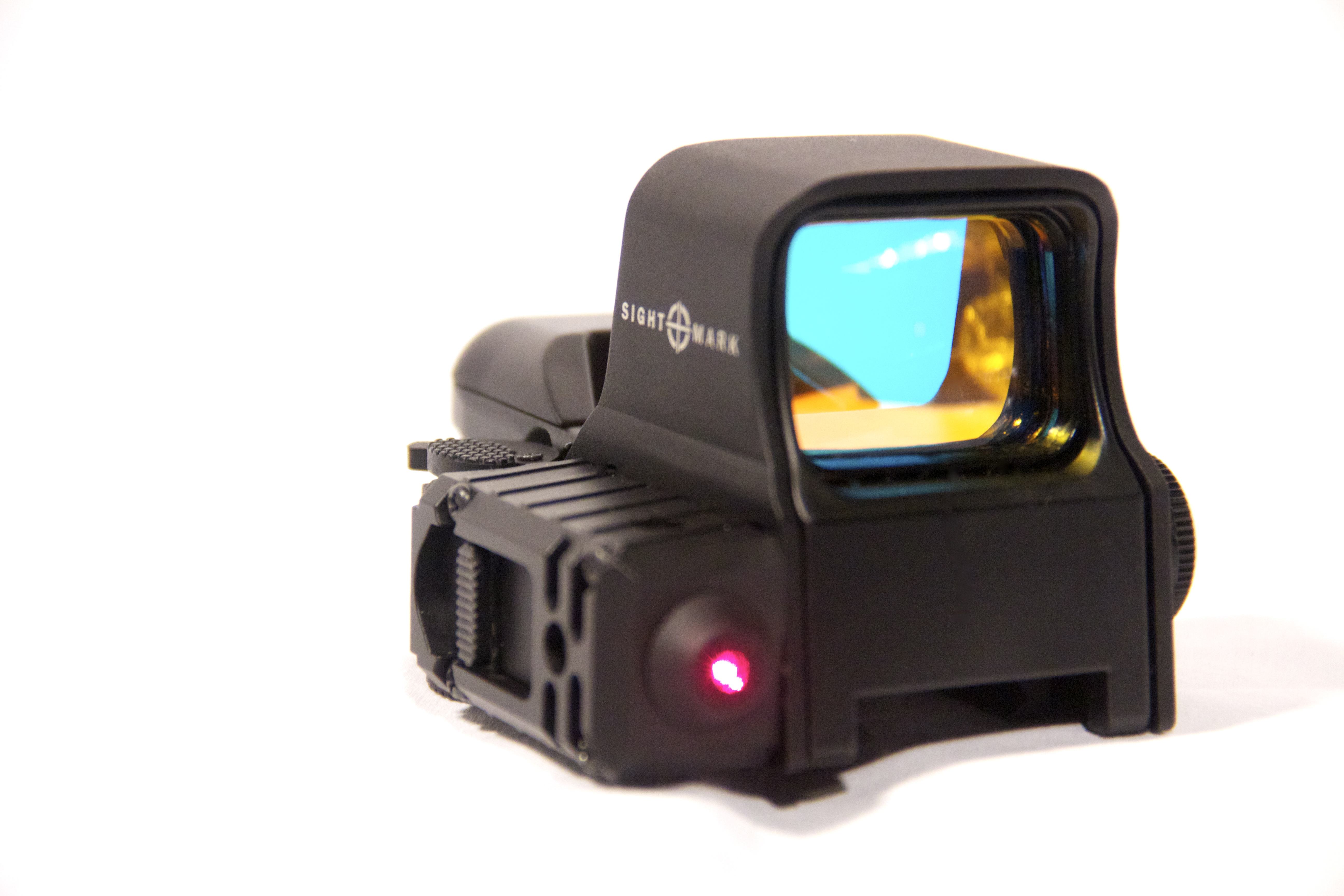 There is more to consider than just having the bullet hit what you’re aiming at. I have played around with a ton of sub-$300 optics and generally find that I’m sacrificing a lot when it comes to performance and usability.

No pun intended, but there is much more than meets the eye when it comes to optics.

Sightmark sent us this optic for 30 days so the durability test was mounting it, shooting with it, and tossing it around on a padded bench. It held true. This is by no means an in-depth durability test but for what most people use their range rifle for, it shows that this optic will keep you hitting what you aim at with daily use.

Controls are a huge deal, even when shooting at the range. I’ve taken tactical courses and found that gloves are a must-have. Perfecting controls for use with bare hands and gloves seems to be a big miss everywhere when you look into most optics on the lower end of the price scale. This is where the Sightmark Ultra Dual Shot Pro Spec Reflex Sight took me by surprise: The laser has a large up and down switch to turn it on with a small pivotal piece that acts as a safety. In addition, the knob on the left hand side for brightness is large and tactile, both of these controls are easy to use with or without gloves.

Appearance of the reticle is another area where a lot of optics suffer. After shooting my rifle with an EOTech 512 and then switching over to the Sightmark, I can say the Sightmark has a much clearer reticle. It’s crisp and doesn’t blur when the brightness is turned up like most other optics in its price range (and some in the $500-$800 range). One thing that I did notice was that the blue glass made it hard to see bright colors on targets. Bright orange and green specifically are hard to see which is not a huge deal as the markings on the target are all in black.

We did not get much use out of the laser on the model Sightmark sent us. We were shooting during the day at 25 meters and like most lasers, it’s not easy to see in broad daylight. If you plan on having this on a home defense rifle or shotgun, the application would be perfect. The shooting we did do with the laser when we started losing daylight went smoothly. One thing I’d like to mention is that if you don’t have a flat top rifle, the remote for the laser attaches right where your ejection port is; not a big deal but felt it’s worth pointing out.

All in all, the Sightmark Ultra Dual Shot Pro Spec Reflex Sight is a really nice optic for any price range. The company is committed to quality and is very responsive with any issues you encounter with the products they sell. The reticle quality is the best I have seen, bar none. The controls are easy, and the price is unbelievable given the features. I would recommend this optic to anyone looking to spend less than $300 on their next purchase.