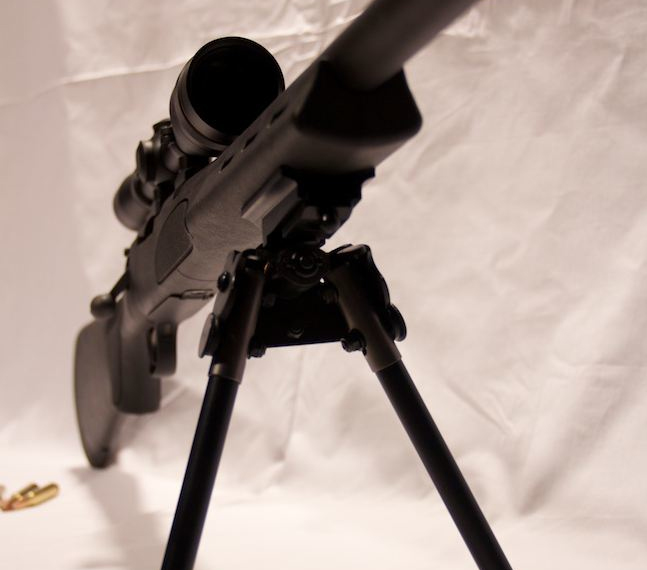 As a follow up to my Building a Target Rifle post, I figured I would post a review about the Remington 700 SPS chambered in .308. I have put five hundred rounds through this rifle and have yet to find any true faults in its performance. For a rifle on a budget I couldn’t have asked for more.

The Remington 700 SPS chambered in .308 retails for about $600 and is about as basic as it gets for a bolt action rifle.

First, I’ll start off by saying I bought this rifle to target shoot. I am not lugging this thing around the forrest hunting for Bambi. This gun weights 8.5 pounds before adding a scope and whatever you’re looking at strapping on to it. There are lighter versions available but I can handle carrying it from my car to where it will rest, waiting to murder a few sheets of paper.

This rifle has a 26 inch barrel and is not small by any stretch of the imagination with an overall length of 46 1/2 inches. Barrel length on the Varmint version is 2 inches longer than the standard SPS.

As far as accuracy goes, unless I’m going past 100 meters I shoot the cheapest ammunition I can put through it – which where I live is generally 150 grain soft point ammo that costs about $15 for 20 rounds. I’ll post some pictures of grouping with this rifle from the Building a Target Rifle post to show the difference you can expect between high end and low end ammunition.

Things I love about this rifle…

This is hands down as accurate as some $1000-plus rifles I have shot and with a pretty hefty barrel can withstand quite a few rounds in rapid succession before the temperature of the barrel begins to affect accuracy.

The simplicity of take-down involves pushing a small button above and behind the trigger to release the bolt and it pulls straight out of the back of the rifle making bore sighting your shiny new scope a seamless and easy task with no equipment needed. It looks pretty mean; we all buy things we find attractive in some way and this doesn’t look like a toy.

The trigger is adjustable down to 1.5 pounds of pressure from, I believe, the factory set 3 pounds. This makes a huge difference when shooting at 300 plus meters (also could be my shooting abilities). I have yet to conquer the three pound pull at 300 without causing any issues in my accuracy. I adjust the trigger pull as low as it would go which is stated to be 1.5 pounds and it helped a lot for my longer distance shooting.

Things I would (and will) change…

The stock on the R 700 is solid and I have not done anything like bedding the stock or any modification from it’s factory state. There are no issues with the stock for practical daily use. If you lay prone for longer distance shooting this stock just doesn’t cut it (not what the stock was built for). Not a flaw with the rifle just something to consider when shopping for yours. Considering the length of the barrel and the weight of the gun, in retrospect I would buy the SPS vs. the SPS Varmint due to the shorter barrel and the 1.5 pound difference in weight (while still maintaing the same bullet twist).

Every R 700 bears the same promise; reliability and accuracy, and from what I have experienced it is a completely solid platform. The only issues I have with the rifle are ones that I could have solved by buying a more task-oriented gun like the Remington 700 Police Tactical. However, working with a lower budget, this gun has never given me any issues and accurately shoots where I aim it.