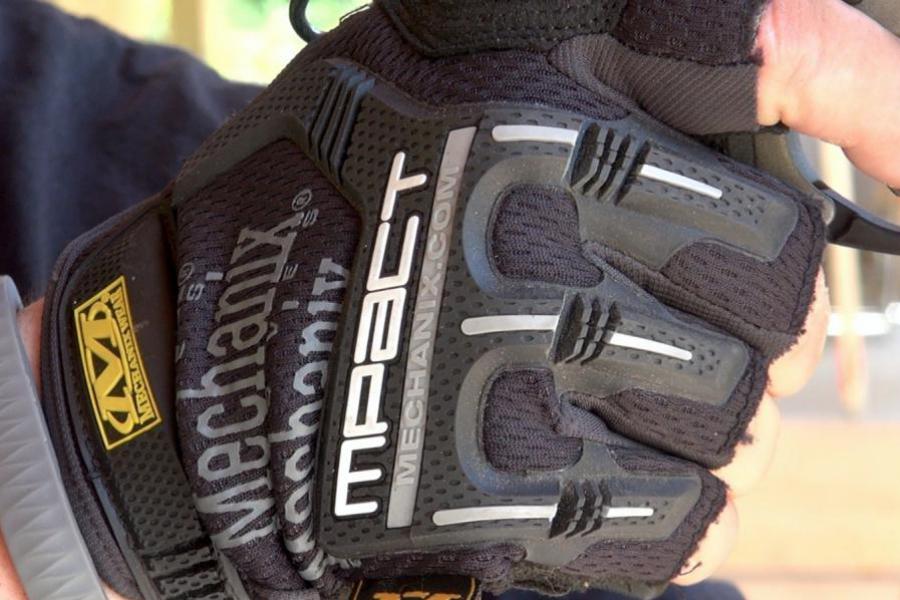 There are three things I always have with me when I go shooting and i’m not talking guns and ammo. I don’t mean targets and a staple gun either. I’m talking safety wear. To me that is not just eyes and ears, that’s also gloves. As someone who still has to go to a public facing full time job where hands as well as their appearance are part of the “business professional” package, this isn’t really up for grabs from me.

Mechanix sent us a couple pairs of their gloves to try out and we spent some time with them. In the end I didn’t even really need to because I swear by them. I currently have in steady rotation no less than 4 pairs of Mechanix gloves. They are in my range bag, they are in my truck, they are on my workbench as well as with either rifle bags or chest rigs and plate carriers. Mechanix are really effective gloves without draining the wallet like many other “tactical” gloves people use and swear by. Now, that’s not to discount what some of those other companies offer let alone build quality and materials, but pound for pound and dollar for dollar Mechanix gloves offer substantial protection and configurations for significantly less and at this point are tried and true.

Mechanix got their start in the automotive world and racing where there is a lot of metal, hot grease and oil, heat and impacts of both knuckles and palms… You know what else has a lot of those things in common? Firearms. Whether it’s a hot barrel or suppressor, brass, malfunctions or even catastrophic malfunctions (think exploding in your hand) gloves to me are as important in eyes and ears. Mechanix has a plethora of offerings for all needs whether they be automotive, firearms or even carpentry or gardening. They even have a “Tactical” market and from what some of my buddies who either are serving or who have served have all told me, their Mechanix gloves served them well and in some cases better than higher priced brands.

The two types that I use the most are The Original and M-Pact. I like the Originals because they come in a lot of color variations, cuff configurations and they are really easy on the wallet. I have picked them up for as little around $10-$15 dollars. They have great heat resistance in the palm and fingers without losing a lot of “touch” so you can still manipulate controls and load magazines without a problem. Very easy to pick a few of these up just about anywhere and suddenly you have 2-3 pairs all over the place.

The M-Pact series however are by far my favorite for firearms, especially if I know I am going to be shooting for 6-8 hours and more so when it’s rifles and shotguns. M-Pacts were originally created for the guy working the impact gun all day long. If you have ever operated an impact gun you know its just a modified high-speed, pistol gripped sledgehammer that bounces in your palm rapidly while you screw the lugs back onto your car. Multiple, rapid impacts in your palm can wear your hand strength down, cause pain and add to fatigue. The M-Pact gloves operate on the same base as the original only they have extra padding in the palm to absorb that beating. They also sport extra heat resistant and abrasion resistant material in the high wear areas like the webbing and the finger tips. On the top side also has an awesome feature as they stack multiple variations of hand and knuckle protection. The ones they sent us had the padding on the top but I also own a couple pairs with molded rubber and plastic guards that run the full length of the finger as well as just the knuckles. Personally, I wish they would combine the Carpenter series with the Tactical series M-Pacts, but that’s a gripe for another time.

Now, one of the other pairs they sent us is based off the Original glove called the “Vent” glove. I love the Vent glove because it is thinner, lighter and much more breathable compared to all their other offerings. There are sacrifices you have to make in heat resistance and such with that, but during the summer months I see this glove getting a lot of use. I can’t bring up the Vent glove without bringing up the Winter Armor Pro’s I have too. Mechanix also has a wide range of cold-weather gear as well and I used their gloves in the cold weather too for everything from running a gun to shoveling the driveway. A little chunkier than the rest of the product line, but definitely tougher than most other winter and cold weather gloves I have owned.

All in all I highly recommend Mechanix gloves. Their product, their customer service and their people are all top notch and I have never heard anyone say ill of them. Protection is protection and for the price I would put Mechanix gloves up against many others of higher price points. They are good solid gloves, a key piece of safety gear to me and something that I never have a shortage of. Go check them out at Mechanix.com to see all the different makes and models. They are also on Facebook, Twitter, and heck even instagram (cool race pics).