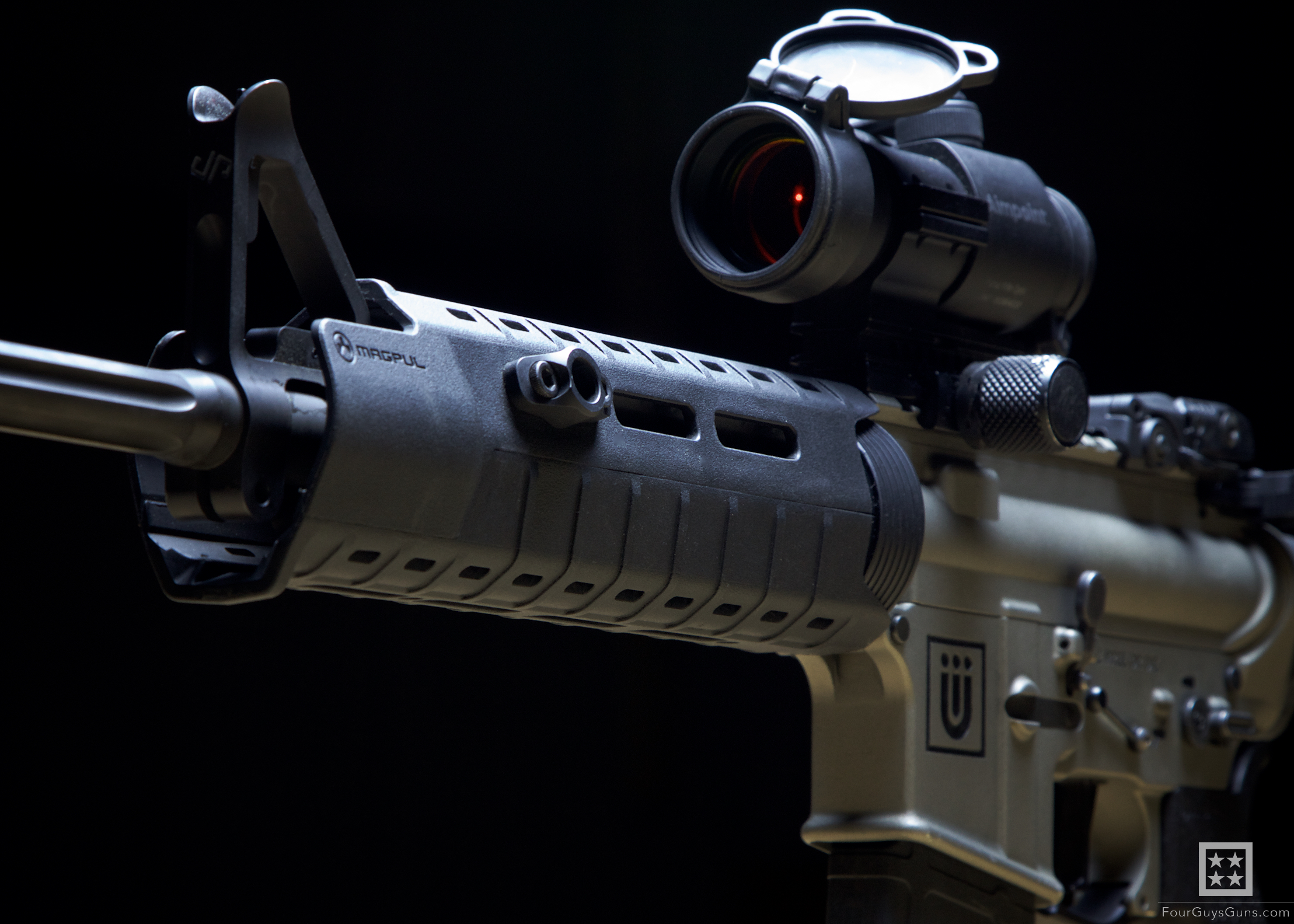 I am not saying the M-LOK system isn’t cool or newsworthy, in fact it’s huge and has thus far began molding the industry away from the key-mod craze. To be fair, both are great systems but manufacturers immediately began tooling up and adjusting CAD designs to accommodate M-LOK accessories. Now everywhere you look there are M-LOK and KeyMod options for just about everything. That is some influence right there.

But what happened to the new …stuff? Magpul SL hardware took a back seat for a long time and I alone witnessed and answered many questions that sounded like “what is SL mean?” and “What is THIS version?” It has’t in fact been until recent months that we started seeing more MOE SL in the wild. So what is it?

Magpul MOE SL, stands for Slim Line. A whole set of AR furniture that is an upgrade from the standard MOE offerings. It also raises the bar for what you can do with polymer gear for the AR and has made me love my light carbine all over again. For those that need a little more clarity, “Furniture” is a term used to group rifle accessories that come in contact with your body to successfully operate a rifle. This includes stock, grip and hand guard. Let’s break these individual components down and make bite sized chunks shall we?

The hand guard to me is the crown jewel of the SL set. It redefines what polymer hand guards should be. Typically you see a receiver, a delta ring (the pain in the arse cone/ring that you push down as un-coordinated as possible to remove or install a hand guard) and then essentially a plug and play hand guard assembly with little or no tools. This leaves an ugly gap between the hand guard and the receiver which for the most part does not matter. In a world where everyone and their mother makes a new/light/ULTRA light or tacti-cool quad rail that seamlessly mates to a receiver, it’s hard to not say it. The delta ring gap is ugly. Magpul fixed that with an aesthetically pleasing design that not just seats in the delta ring, but comes back around it to mate up with the upper receiver. How it’s taken someone this long to make that seems silly in hindsight.

Incorporating their new M-LOK at the 2, 10 and 6 o’clock positions gives a decent amount of accessibility with the countless M-LOK bolt on accessories they offer. It also works with previous MOE rail accessories too although as you can see by some of the pictures, over tightening the older accessories may lead to some marring of the polymer. This hand guard also changes the feel and handling of the rifle entirely, it even feel more ergonomic. Instead of round, square, triangular cross section, it is almost an oval or rounded rectangle. It feels a bit taller and slimmer than it’s predecessors and geared towards more modern shooting stances and grips. With most military, LEO and up to date civilian trainers teaching out a more thumbs forward and C-Clamp grip (and it’s many variations) the SL Hand guard shines again by extending it’s sides out past an A2 front sight post gas block. This means less burned fingers and thumbs.

The fit is tight and hard. In fact, almost a complete pain to get on with the way they engineered the fit. Once that mean bastard is on though, I have to say that they engineered the polymer pretty damn good. It is firm, rigid and almost as solid feeling as an aluminum hard mounted rail. There is no shift forward and back, no rotation and it doesn’t feel like anything cheap. Well done. It even does better than the original MOE at heat protection too. Maybe it’s this new shape, maybe new polymer, either way, I never went sustained full auto with it so all I can attest to is that I never felt the slightest bit of heat on my palm or fingers.

The grip is not nearly as wordy, and I apologize for the length of that last bit. The rail system is integral to a lot of accessories and must be addressed. But the grip is short and sweet in review. I love it. I love it because it is the missing link in the Magpul lineup for guys like me. I like the K and K+ grips but I rarely hold them. Usually theres only a couple fingers actually making contact or even wrapped around them. The MIAD grips and MOE grips are a bit too bulky and fill my hand weird due to the angle and diameter. But the SL grip fits me and the way I shoot just right. A beaver tail/tang that the K grip is missing, only slightly increased and rounded diameter over the K grip and an in-between grip angle make this grip by far my favorite.

The adjustable butt stock is the final piece of the puzzle and follows a similar path to the hand guard. Redesigned and taking several cues from many of the stocks that Magpul offers without deviating from the overall look and feel of the other components. A little more cheek weld area on the top like the STR and ACS line and simplicity in the design like the CTR without feeling cheap. Incorporates both slots to mount a sling as well as built in QD connect points on both sides. I also really appreciate the new slide release latch as its easy to use and doesn’t require releasing a locking system to utilize. Also notable is the small rounded rocker bottom on the stock itself which helps keep positive contact to your shoulder or body armor while rolling the rifle up and down your shoulder from a low-ready to up and on target consistently.

Overall this is a new look, new feel and seemingly better engineering and build quality with the end user in mind. Not just appearance or bell and whistle upgrades but a good, solid and noticeable upgrade for any user. Light in weight as well as on the budget I would highly recommend the Magpul MOE SL line to anyone looking to improve their rifle, especially if all you have is that standard A2 shenanigans. Seriously… who enjoys that?