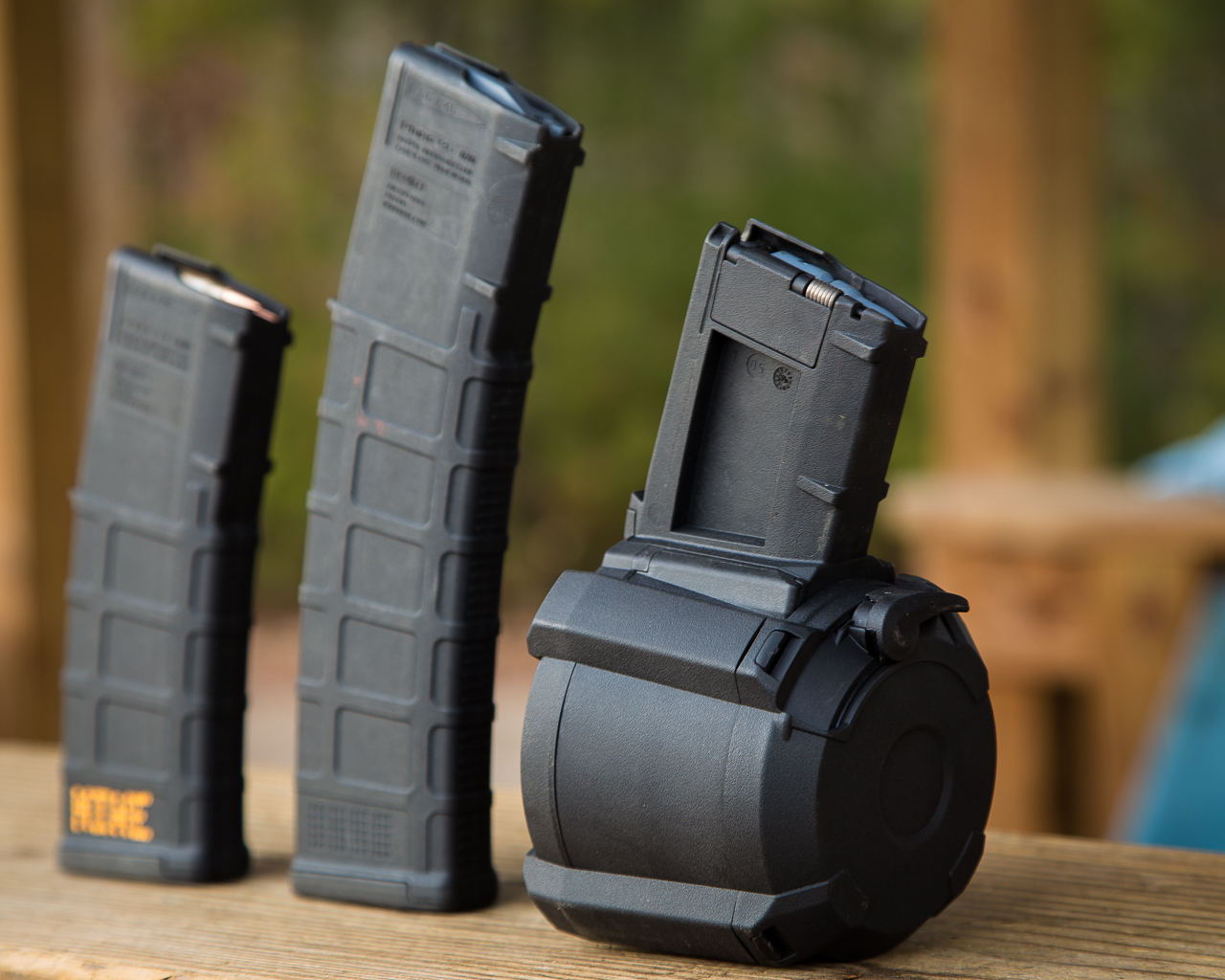 I am not one for high capacity magazines. yes I said High Capacity because any magazine in excess of 30 rounds is actually a “High Capacity Magazine.” 30 Rounds is actually standard capacity unless you want to get really technical and old school and talk about the 20 rounders originally with the platform Eugene Stoner invented. Drum magazines especially for regular old me have no purpose other than for funsies on the range. However as they become more reliable and in the case of the Magpul D60, less expensive, there are uses and possible instances where they are useful not just in competition but also in “real world” usage.

Magpul announced the D60 right before SHOT Show last year and made a lot of claims on the product performance that had a lot of people interested. Things like Locking back on empty, loading on a closed bolt fully loaded at 60 rounds (sometimes PMAGS won’t even do that) as well as working with speed loaders and stripper clips. I for one use stripper clips all the time with a device from Maglula, the “StripLula” as it is less time consuming and lets us get either back in front of the camera or back on the line faster at a class. When you need to load a high capacity mag, the last thing anyone wants to do is load 40-60 rounds one at a time.

If you watch the video you will see we are happy to report that every single claim made by Magpul is in fact true. They took a lot of the known issues people have with Drum Magazines and fixed them. Made the internals more robust and easier to clean. They made it lighter and most of all they made it less expensive. The Magpul D60 has a great feel to it, loads and unloads as reliably as a PMAG (so far) and sits a lot closer to the receiver for tighter spaces and prone. All in all, especially since my StripLula works I am actually really excited to play with this drum more.