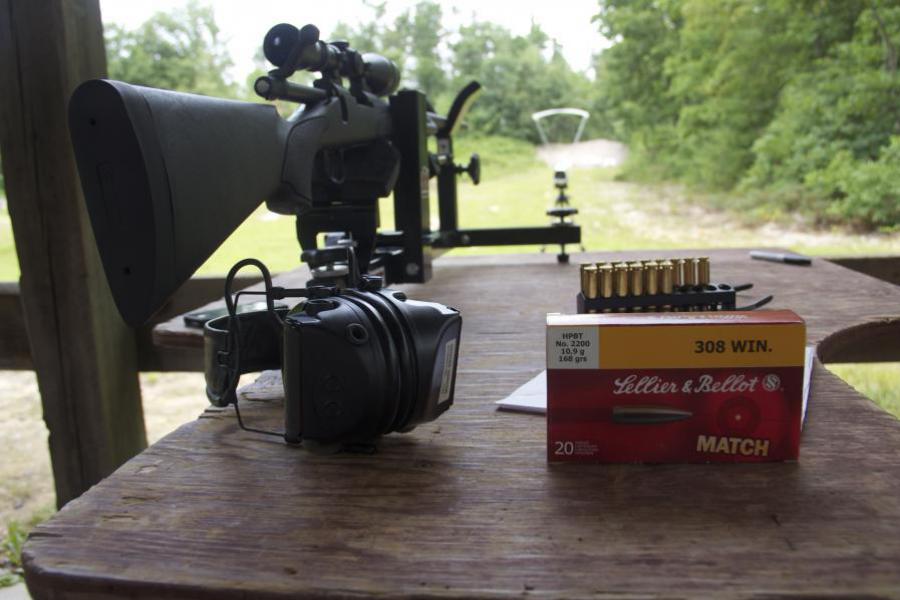 So we will start off with the good news and work our way towards the disappointments we encountered. Luckygunner.com was created with simplicity in mind. All ammo types are listed by Rifle, handgun, or shotgun, then organized from smallest to largest under each category.

We all care about the price of the ammunition we are purchasing. I have found several types of ammo on the lucky gunner website cheaper than what I have purchased on the web or anywhere else locally. The prices are good and from what I gather they only display ammunition that is in stock on their site, which means you may not see everything they normally carry every visit.

Customer service was not something I had the chance to really experience. I tried calling their customer support line on two different days and was met by an answering machine, I didn’t have a question of much importance so I hung up as there was no other option than leaving a message.

I used their online chat feature, the person I spoke with was kind and respectful. I asked him about two major types of ammo and a recommendation of one over the other and the only response was that he had never shot either of them.

Overall, I would shop at www.luckygunner.com again. The online help and phone service leave much to be desired, if you are willing to communicate via E-Mail I think that the customer service was bar none the best I have dealt with. They have lower prices than most and the site always makes it easy to find what you are looking for.

So www.luckygunner.com sent us a box of Sellier and Bellot 168 Grain BTHP in .308 to test out for review. Naturally we need some type of evidence other than bullets landing on paper to tell us if the thirty dollar a box premium is really going to be worth the money.

We used a CTK precision bench rest as well as a chronograph to measure the consistency of the velocity as well as accuracy at 100 meters. We did a comparison of the Sellier and Bellot BTHP to standard Remington 150 grain soft tip ammo. Lets keep in mind while looking at this comparison that the Remington is one half the cost, and when looking at velocities a faster bullet due to the lighter weight.

Accuracy and consistancy are the main concerns when spending a premium on any high end ammunition. We used two guns for the testing and the results were identical. We used a Remington Modle 700 SPS with a 24” heavy barrel and a Savage Model 16 with 22” sporter barrel. The accuracy with both of these using a CTK Precision P3 Bech Vise was consistent. Cold bore groupings and hot bore groupings were 3 inches on every 5 shot group we did. After shooting 2, 5 shot groupings with each gun 2 different times there was no variance in accuracy between the Remington 150 Soft Tip and the Sellier and Bellot 168 BTHP. So for the extra $15 a box the accuracy was not a measurable difference.

Velocity is another characteristic of ammo that would measure consistency, this is where we ran into some concerns with the Sellier and Bellot ammunition. The average velocity out of the Savage Model 16 was 2528.6 fps. After putting 6 shots through the Savage we had a shot register at 2883 fps which was a velocity spike of 354.3 fps. I am not going to go into what that could cause on different rifle platforms, the one thing I will say is that this is a major safety concern.

Overall the Sellier and Bellot ammunition was pretty bad, not only is the extra $15 not helping in the accuracy department it is such an inconsistent load that we would actually advise against using it based on our findings. A 14% increase in velocity could indicate, conservatively that the pressure could be increasing by 42% which could cause a multitude of issues. More information will be added to this post after we make sure our calculations are correct we will release the velocity information along with the estimated pressures.

UPDATE 8/9/2012
So a few people told us our groupings were less than satisfactory. The one thing I wanted to point out about this review is that the groupings could have been redone, however the safety concern for the findings in regards to velocity spikes were a deterrent of us doing any further research for this post. We have some more information on the way but as of right now the group size really has nothing to do with the actual findings. I stripped the copper out of my R 700 and after about 40 rounds I was shooting 1 MOA groups with the 150 grain ammunition so there is room for improvement on the accuracy test. Just wanted to throw that out there so those reading this review could look at the area we were concerned about vs. the details that ended up being data points we were not worried about in our recommendation.