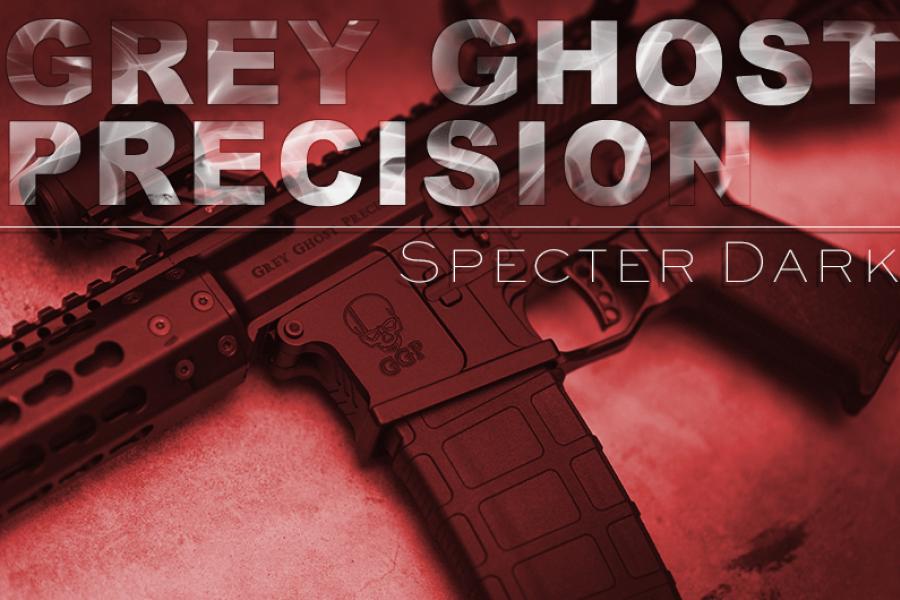 Its terminal ballistics rival the 7.62 at short-to-intermediate range, making it ideal for engaging targets at those distances. The heavy bullet is makes it perfect for running as subsonic loads, and well suited to firing from suppressed guns. It’s just a cool round.

Ok, so maybe I haven’t wanted it since I was a kid. It hasn’t really been around that long (I’m older than I appear). And while all the rest of that is true, the .300BLK round still suffers from the single biggest drawback that ammo can really have: cost. Even today in the post-scare market, I have no trouble finding quality brass 5.56 ammo in the range of thirty to forty cents per round. Unfortunately, the cheapest retail pricing I see regularly for .300BLK is closer to $.85 per round. That cost is tough to justify, if you’re not reloading ammo yourself. That’s a whole other topic for another time.

All that being said, I still have plans to build or buy an AR in that caliber at some point. So you can imagine how pleased I was when I heard that the fine folks over at Grey Ghost Precision were getting ready to unveil a new variant of their Specter rifle chambered in .300BLK. As luck would have it, a prototype just happened to be floating around my town recently, and I was fortunate enough to get my grubby mitts on it to try it out a bit.

First off, the basics. The Specter Dark carbine, as it’s called, is built on a sturdy 7075-T651 billet upper and lower receiver set. The fit and finish on these things is top notch. The handguard is available in either KeyMod or the fancy new M-LOK system. Barrel is 16” with 1:8 twist, cut for mid-length gas system, and topped off with a Gemtech muzzle brake. So, you know, put a can on it. I especially like the addition of the Battle Arms Development BAD-CASS safety selector. Nice touch. The trigger is a beefy MEGA Arms piece, and it’s all charged up with a Slide Lock charging handle. I like some of these bits and pieces more than others, as I’ll explain. Oh, and Magpul grip and ACS stock. Those are good to go.

The test model I got in featured a 10.5” barreled upper (which will be available for purchase also). Other than the shorter barrel, everything else is identical to the full-size carbine model. It also had a few after-market add-ons including a B5 Systems Grip Stop (buy one, they’re great) and an Aimpoint Micro T-1 sight, on a very nice Fortis Manufacturing mount. Since those don’t affect the functionality of the gun, I’m not really going to discuss them. All of this was delivered in a nice new Grey Ghost Gear Apparition backpack, which I’ll be reviewing separately here soon enough.

When I first got word that I would be testing this gun, I was uncommonly excited. When it showed up, I was somewhat it awe of it. I would say it’s pretty, but that hardly seems to do it justice. The machining is perfect, everything lines up and fits like a glove. It isn’t too heavy, isn’t too light. Even with the short barrel, the gun is perfectly balanced and holds well. Ideally, I would prefer to swap out the adjustable stock buffer tube for a LAW Tactical folding stock, though. Because if you’re going to go SBR, you might as well go as short as possible. On the 16” model, the 6-position tube will be perfect.

After sending it off for a few days of glamor shots, the gun came back for me to actually shoot. I gathered up ammo and mags and headed over to Sportsman’s Elite to use the range. I typically prefer to do these test and photo shoots outdoors, but it was 100 degrees that day. So I opted for the comfort of an air-conditioned indoor range. Shooting the .300blk from a short barrel with the Gemtech brake on an indoor range is, to put it simply, an experience. It’s loud and hot and the concussion can be felt three stalls over. There’s not a whole lot of muzzle flash from this barrel, and I imagine the 16” would be about the same. Recoil is a bit rough, but certainly manageable. Muzzle rise was easily mitigated, making it easy to keep sights, and shots, on target. I wasn’t testing for accuracy, but I was more than surprised to see fairly tight grouping.

The Specter Dark uses a new version of the Slide Lock charging handle, specifically designed for .300BLK guns. The Slide Lock charging handle is somewhat unique in that it does not have a release lever. Simply pulling back on either side of the ambidextrous handle releases it from the upper and operates the BCG. In theory, that means one fewer moving part to worry about. I personally prefer a traditional latch release on my handles and typically run BCM/VLTOR Gunfighter handles on all my ARs. My biggest concern was that the difference in cycling and recoil between .223/5.56 and the .300BLK round would simply pop the handle loose when firing. I was pleasantly surprised to find that this was not the case. The charging handle stayed in place even during some faster rate of fire testing. I am officially swayed to the Slide Lock camp.

So those are the positives. There was, however, a single small point that irked me a bit. First, the MEGA Arms trigger is quality. It’s built tough, no pre-travel, crisp break and very nice reset. I’m just not a big fan of wide triggers, and this one is a bit wide. I may just be so used to slimmer mil-spec style triggers that having extra real estate under my finger feels a little unnatural. As a buyer, though, I wouldn’t have any trouble swapping that out at a decent cost to myself. So it’s not ideal for me, but hardly a deal breaker.

Bottom line: this is going to be a heck of a gun. It’s not going to change the world and isn’t breaking any new ground in design. But it’s well built and will be a wonderful addition to a lot of collections. I’d like to take a 16” model out east of here and do some hog hunting with it, at some point. Until then, I’ll just keep saving my 5.56 brass so I can start reloading for the eventual day when one of these comes back into my life.

Thanks to Chad for the photos, as always. He makes me look gooooood. Check him out here at www.Ambrosiastudios.com

Thanks to Richard and Michael and everyone at Sportsman’s Elite. Yes Michael, I know the targets can be moved closer.

And many thanks to Kevin at Grey Ghost for getting all this going for us. I owe you a cheeseburger and a Slurpee sometime. Check out their line-up at www.GreyGhostGear.com.