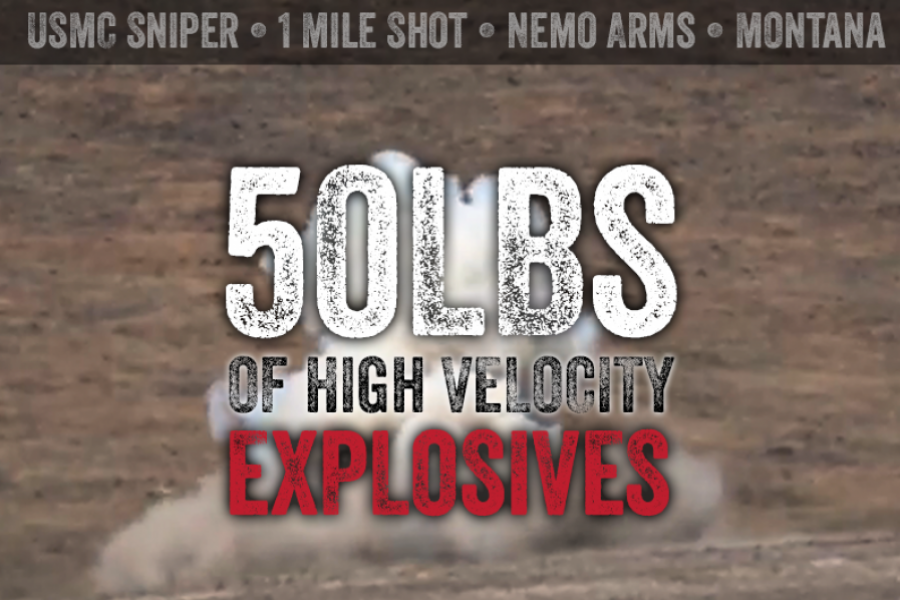 We went out to Montana to NEMO Arms to play around with the 300 Win Mag NEMO OMEN. Well, we decided to bring a little bang to the party. Sure Shot Exploding Targets sent us 50 pounds of their Magnum target mix to fill Ken (Our dummy) with and well… check out the the video to see how that turned out.

We were hanging out with the guys from Max Ordinate Academy, so we stepped it up another notch and took the shot at our explosive filled friend from 1 mile. Now it wouldn’t be right to make any polymer infused exploding mannequin suffer so we put him out of his misery before filling him with the magnum mix… watch the the first video below with a sense of humor then read on.

So now we had a lifeless mannequin waiting for the ultimate YouTube send off. We filled Ken with Sure Shot Exploding Targets Magnum target mix. This is the only target we could find that would still detonate at this distance. Sure Shot Exploding Targets makes some preeeeeeeety loud exploding targets. I have shot Tannerite, Shockwave and many others since starting Four Guys Guns but this little recipe is by far and large the most destructive I have seen. Check out the video to cure any doubts and make sure to click like and subscribe to our YouTube channel.